We provide Nikah and Civil Marriage services. If you would like more information or to book a Nikah, you can call 01582 250986 option 1.
If you need help finding a spouse please see below. 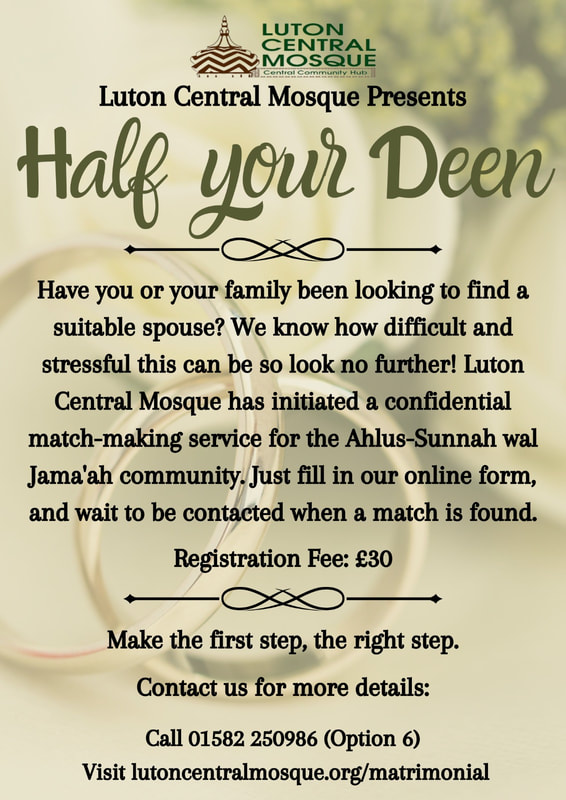 Why is Marriage important?
Marriage is supposed to tie a man and a woman together and strengthen their relationship. Today the world is seeing a new era where marriage is no longer considered necessary or even significant for a relationship. Islam has laid down rules and regulations for marriage and has considered marriage an important and essential part of a Muslim’s life.
The difficulty in finding a suitable spouse.
Unfortunately, we are living in a time where it has become increasingly difficult to find suitable spouses. This has resorted in a lot of young people using dating websites and other ways in finding their spouse. There is a lot of pressure for the young generation as there are often cultural preferences and other obstacles which they are faced with.

The procedure once the Marriage Application form is completed (link below)Will we be charging an upfront fee for this service?
We will be charging £30 upfront cost.